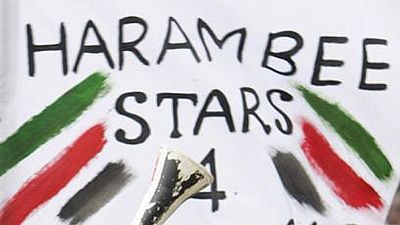 Kenya’s national football coach, Paul Put, has resigned from his position, after just three months in charge of the Harambee Stars.

Put led the Harambee Stars to victory at the CECAFA Senior Challenge Cup in December last year and was leading the team in the ongoing 2019 Africa Cup of Nations (AFCON) qualifiers.

“The tactician’s resignation, though down to personal reasons is a setback to the country’s ongoing 2019 AFCON qualifiers as he was an integral member of the Technical Bench,’‘ FKF Communications and PR manager, Barry Otieno said.

Kenya are currently third in Group F of qualifying for AFCON 2019, following a 2-1 loss away to Sierra Leone last June.

They are scheduled to face the group’s leaders Ghana in Nairobi in September. Ethiopia is the other team in the group.

The federation thanked the 61 year old tactician for his service and announced that Stanley Okumbi will take charge of the national team as the process of finding a suitable replacement ensues.

Put has previously coached The Gambia and Burkina Faso. Some media reports have linked him with the Guinea job that recently feel vacant after the coach was fired for a dismal showing at the Championship of African Nations.