Giants Cameroon, Tunisia, and Nigeria all secured their spots in the third round of the 2022 FIFA World Cup qualifiers on Tuesday.

The Ivorians only needed a draw to qualify.

In Lagos, a 1-1 draw with Cape Verde was enough for the Super Eagles of Nigeria to clinch Group C top spot as Stopira's canceled out Victor Osimhen's opening goal.

Peter Wilson's brace inspired Liberia to a 3-1 win over the Central African Republic to secure third spot in Group C.

While Tunisia recorded a comfortable 3-1 win over Zambia in Rades and the victory saw the Carthage Eagles finish at the top of Group B ahead of second-placed Equatorial Guinea.

Equatorial Guinea were held to a 1-1 draw by Mauritania in another Group B encounter in Nouakchott with Saul Coco canceling out Abboubaker Kamara's opening goal.

Algeria clinched Group A top spot despite drawing 2-2 with a resilient Burkina Faso side in Blida.

North African giants Morocco and Egypt ended their successful group stage campaigns with a 3-0 win and 2-1 victory over Guinea and Gabon respectively at home.

Mozambique secured a shock 1-0 win over neighbors Malawi 1-0 in another Group D fixture. 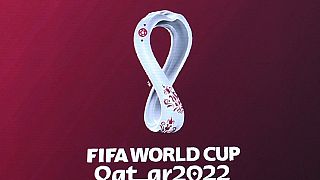