Millions of Libyans began Monday to collect their voters card in various electoral commission offices across the country.

More than 2.8 million of Libya's seven million residents have registered to vote in the upcoming general elections.

"All Libyans should come [to vote], how can we build Libya? We need to build Libya with elections and God willing, the elections will take place on time, it's expected, God willing it will go well and be a good introduction to a new Libya," said a resident.

Another voter card collector said, "Today I received the election card, with the grace of God, and of course we hope that we can agree in our country and elect the right person."

Both presidential and parliamentary elections are slated for December 24, but in early October, parliament split the dates of the vote by postponing legislative elections until January.

However, foreign powers have been pushing hard for both elections to be still held on the same date, as agreed at UN-led talks last year.

Libya on Monday stepped up preparations for landmark elections, opening registration for candidates in presidential and parliamentary polls as the country seeks to move on from a decade of war.

Libya's first-ever direct presidential poll, with a first-round on December 24, is the climax of a process launched last year by the United Nations to draw a line under years of violence since the revolt that toppled dictator Moamer Kadhafi in 2011.

But despite a year of relative peace following a ceasefire between eastern and western camps, the process has been overshadowed by wrangling over the legal basis for the votes and the powers of whoever wins.

That has sparked fears of a return to violence in the event of a contested result.

Candidates are able to lodge applications at offices of the High National Electoral Commission in the three main cities in Libya's west, east and south until November 22, the HNEC said Sunday.

Parliamentary candidates have until December 7 to do so.

"Everyone is worried about respect for the election results," Anas El Gomati, director of Libya-based think tank the Sadeq Institute, told AFP.

He cited perceived "fragile military conditions on the ground and lack of preparation to organize free and fair elections in a state divided between rival military factions". 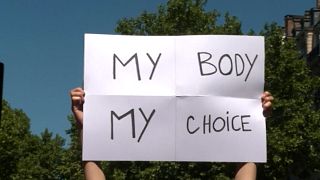