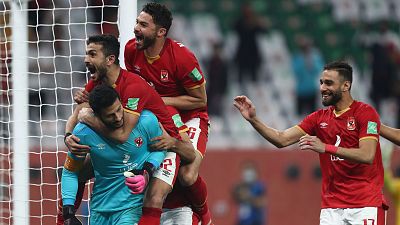 Egyptian club Al Ahly have been top of Africa for two years now. The African club of the century has 10 Champions League titles to its name, and are favorites to win the 2022 edition.

Since the weekend, the teams that qualified for the round of 16 are known, and as usual no major surprises.

The geographical imbalance is conspicuous. Half of the qualified teams come from the MENA region.

A disparity that is confirmed year after year, and which has been entrenched by the expansion of the league's format from 8 to 16 clubs.

But it is mainly the lack of financial power that handicaps sub-Saharan Africa, unable to compete with the budgets of Arab clubs, according to our football correspondent Wahany Johnson Sambou.

"This new rout is, in fact, a reflection of the weakness of our leagues that have had difficulty competing with the Northern and Southern Leagues which, it must be said, remain financially sharper," said Wahany from Dakar, Senegal.

Northern African clubs have lifted the Champions League a record 33 times. Eastern Africa has not been lucky once.

Since Oryx of Douala became the first African champion in 1965, 33 of the 57 editions have been won by North Africa, but West and Central Africa have long contested this supremacy with a total of 12 trophies.

The south and east of the continent remain historically the poor sides of the Champions League.