Volunteers working with the Congolese Health Ministry dressed in protective clothes on Monday disinfected the house of a man suspected of dying from Ebola in Kasabinyole, a neighbourhood in Beni.

The 36-year-old's body was removed and covered while distraught relatives looked on and begged to see him one more time.

But the volunteers had to explain to them it would not be possible.

They took samples from the victim that will be analyzed to determine if he was infected with Ebola.

Authorities said on Monday that five confirmed cases of Ebola have been registered in eastern Democratic Republic of Congo, where at least three people died this month, since the new outbreak was declared.

The new outbreak that started Oct. 8 comes after a devastating epidemic that began in 2018, when the disease killed more than 2, 200 people in the conflict-ridden region, and five months after the country declared it was free from the virus. 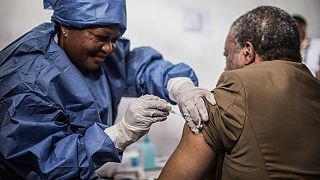 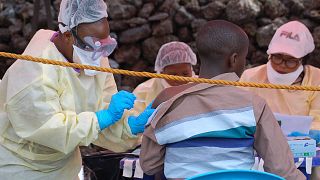