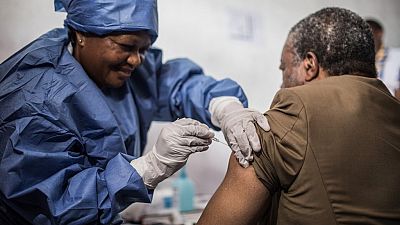 Vaccination to stop the spread of the Ebola virus disease began Wednesday in Beni in the eastern Democratic Republic of Congo (DRC), five days after a case was discovered.

"Vaccination against Ebola began on Wednesday 13th October, in the province of North Kivu, in eastern DRC, where a case was confirmed on October 8," WHO said in a statement. "People at risk, including contacts of the confirmed case and first responders, will be vaccinated as part of an effort by health authorities to contain the spread of the virus," the UN agency added.

"Approximately 1,000 doses of rVSV-ZEBOV Ebola vaccine and other medical supplies have been delivered from the capital Kinshasa to the city of Goma in North Kivu, and nearly 200 doses have been sent to Beni, near the health area of Butsili where the confirmed case was detected," according to WHO.

On Friday, the Congolese government announced the resurgence of Ebola in the territory of Beni (North Kivu, east) where in early May was declared the end of the 12th epidemic of this hemorrhagic fever, during which 12 cases had been recorded, with six deaths and hundreds of people vaccinated.

The disease had reappeared in February in an area of North Kivu hit between August 2018 and June 2020 by the largest outbreak of Ebola hemorrhagic fever in the history of the DRC (3,470 infections, 2,287 deaths). First identified in 1976 in the DRC, the Ebola virus is transmitted to humans by infected animals.

Human transmission is through body fluids, with the main symptoms being fever, vomiting, bleeding and diarrhea. Treatments have now shown some effectiveness against this hemorrhagic fever.

"Vaccines can create a protective firewall around cases, breaking the chain of transmission, preventing a potential large-scale epidemic and saving many lives," said Dr. Matshidiso Moeti, WHO Regional Director for Africa. 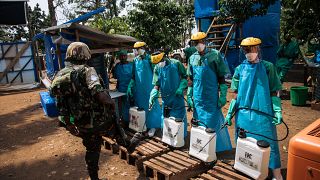