French President Emmanuel Macron welcomed the President of Guinea-Bissau, Umaro Sissoco Embalo, at the Elysee Palace, as Guinea-Bissau's armed forces announce they had identified soldiers who were preparing a coup, to overthrow the constitutional order of the small West African country.

"France will be at your side to pursue these efforts, but also to support your country's economic development choices. I am thinking in particular of the development of agriculture, an area that you have identified as one of your priorities, in which France can contribute its know-how and scientific expertise. "

"I can assure you that Guinea-Bissau has found its way back after long years of instability, that France has always been at Guinea-Bissau's side, we have been able to have a partner, to help Guinea-Bissau, as it has always done. Today, we have a new dynamic, and above all, there is the concern for the region and I know that you are attached to African youth."

Guinea-Bissau's armed forces chief announced on Thursday that members of the military had been preparing to launch a coup d'etat in the country.

"We have managed to identify a group of FARP (Revolutionary Armed Forces of the People) soldiers who have been mobilising soldiers by buying their conscience in exchange for banknotes in order to subvert the established constitutional order," said armed force head General Biague Na Ntam, at a ceremony marking the 47th anniversary of the creation of the military police force.

Some of the bribed soldiers "denounced the perpetrators of these despicable acts", he added.

The announcement came on the day that President Umaro Sissoco Embalo left Bissau for a 48-hour working visit to Brazil.

The former Portuguese colony of Guinea-Bissau has suffered four military putsches since it gained independence in 1974, the most recent in 2012. 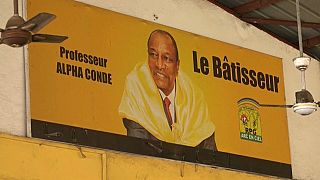 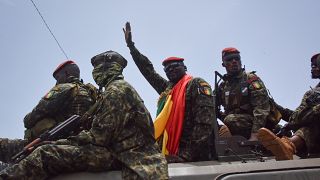 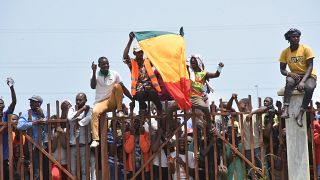