The Gabon team arrived in Benghazi on Monday to play the match with its Libyan counterpart, as part of the opening round of the Qatar 2022 World Cup African qualifiers.

The two teams were drawn into Group F with Egypt and Angola.

Its captain and Arsenal attacker Pierre Emerick Aubameyan is expected to lead the team this Wednesday evening.

On Monday evening, the Ethiopian referee staff that will manage the match, led by Tessema Bamlak, along with the (CAF) committees that will supervise the match, also arrived in Benghazi.

The match is the first official hosted on Libyan soil after the lifting of the ban that was imposed by FIFA and lasted for 7 straight years. 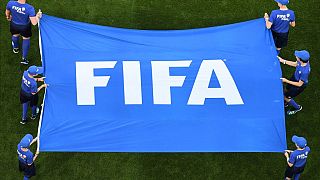