At the Keur Moussa abbey near Senegal's capital, the kora has replaced the organ.

The instrument is used to accompany all the religious services of the Benedictine monks who live here.

Monks in blue-grey habits lift their hands in supplication before breaking into a chant accompanied by the singsong twang of the kora, a traditional West African harp.

Koras have long been the instrument of choice for the traditional West African singers, storytellers and oral historians widely known as "griots".

Plucked with two hands, the delicate and long-necked kora has a sound box made of a calabash gourd with a cowhide stretched across it.

"Even though the monastery was not where the kora originated, the monastery has just followed a process of modernization of the kora. The founding fathers of the monastery found a kora that was traditional from the griots. But today, the paradox is that it is the griots who use the modern koras of Keur Moussa", said Brother Marie-Firmin, Monk and kora maker.

Father Olivier recounts how the French Benedictines who founded Keur Moussa in 1963 were amazed at the sound of the instrument.

He said they found they could replace the organ when performing Gregorian chant. A kora workshop soon followed.

Today, the instruments produced in Keur Moussa have become a point of reference for touring musicians and prominent members of griot families.

"The kora is like a bridge, if I may say so. It helps us to transcend something, to elevate the soul. It helps to unite hearts, to unite voices, it allows us to build a certain harmony between us and a harmony with God as well", he said.

Most of the roughly 35 monks at Keur Moussa are Senegalese. They are part of a small Christian minority in a country where over 95% of people are Muslim.

But there are also friars from across French-speaking Africa, including Guinea, Togo, Benin, Cameroon and Gabon. 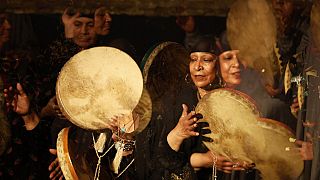 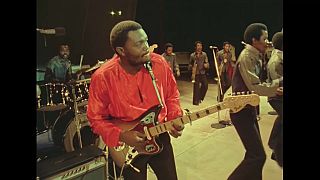