Black artists are represented like never before at New York's spring sales next week after years of being overlooked and underappreciated, with several expected to set new records for their works.

For Sanford Biggers, a Black sculptor whose 25-foot-tall bronze "Oracle" statue has just been installed at the Rockefeller Center, the development is a long overdue "correction."

"For a long time the work was overlooked but the work has been actually fantastic for decades," he said.

The massive Black Lives Matter protests that swept the United States and the world last year following the police murder of George Floyd have contributed to a reassessment that was already underway, experts and artists say.

The 1983 "In This Case," part of his trilogy of "skull" paintings, and his 1982 work "Versus Medici" are expected to fetch around $50 million each during the virtual auctions.

The late Robert Colescott, renowned for expressionist paintings that dealt with Black identity and history, is expected to increase his record tenfold, with his 1975 "George Washington Carver Crossing the Delaware: Page from an American History Textbook" estimated at up to $12 million.

Works by Norman Lewis, Mark Bradford and Kerry James Marshall are all expected to top $1 million.

David Galperin, head of evening sales for contemporary art at Sotheby's in New York, believes a "historical reevaluation" and growing visibility in galleries and museums is boosting the popularity of marginalized artists.

"There's a sense of increased market appreciation and demand that correlates with prices that we are seeing at auction," he told AFP.

"A lot of the art that we're seeing today could not have happened without a group of artists that kind of broke through and sort of changed the dialogue around art," said Ana Maria Celis, head of 21st century evening sales at Christie's.

She considers 32-year-old Jordan Casteel as among the heirs of this movement, which is "challenging existing notions of what art should say or how it should be made."

"The art that is being made today by these artists are reflective of the times. They want to push forward conversations that might have been uncomfortable," said Celis.

Sherman Edmiston, president of New York's Essie Green Gallery, which has been promoting Black artists since 1979, says the breakthrough has happened in recent years, in part thanks to the emergence of prominent Black collectors.

"It's all about culture. Hip Hop was a cultural phenomenon and they were early adopters and tastemakers," he told AFP.

Another contributing factor was the shift in the 1990s from art being a collectors' market to an investors' market.

As the supply of works by traditional artists, almost all white, dried up, investors turned to minority artists at attractive prices to boost their portfolios.

Artists such as Basquiat, Marshall and Jacob Lawrence have, in their own way, opened a window into an element of American life that was missing from mainstream art -- the experience of being Black in the United States.

The push to buy works by Black artists, resulting in a steady stream of records over the past three years, has seen prices go way above their initial estimates, a rare phenomenon at top auctions.

"There's a tendency along the lines of, 'If it's Black it's great,'" said Edmiston, adding that he favors a distinction between artists and the quality of their work.

He even thinks the market might be overheating. "At the same time I realize I could be way off, and most likely, I am," he said, smiling. 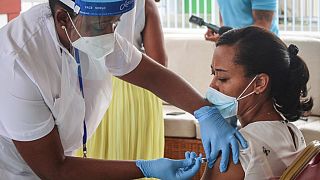 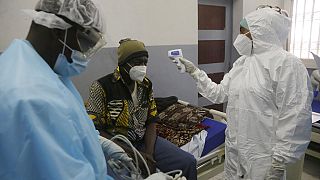 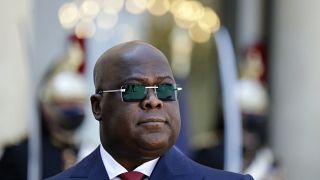