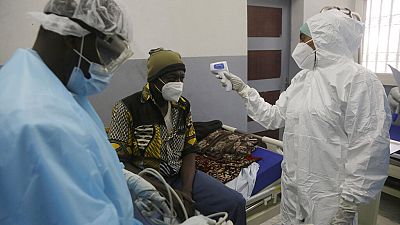 At the small hospital near the desert's edge where Dr. Oumaima Djarma works, there are no debates among staff over which coronavirus vaccine is the best.

There is simply no vaccine at all.

Not even for the doctors and nurses, like her, tasked with caring for those infected with COVID-19 in Chad, one of the least developed countries in the world.

While wealthier nations around the world have stockpiled vaccines for their citizens, many other countries have scrambled to secure enough doses.

A few, like Chad, have yet to receive any.

Chad has confirmed only 170 deaths since the pandemic began, but efforts to stop the virus entirely here have been elusive.

Although the capital's international airport was closed briefly last year, its first case came via someone who crossed one of Chad's porous land borders illegally.

Regular flights from Paris and elsewhere have resumed, heightening the chance of increasing the more than 4,835 already confirmed cases.

The Farcha provincial hospital in N'Djamena is a gleaming new campus in an outlying neighborhood where camels nibble from acacia trees.

Charity Doctors Without Borders has helped supply oxygen for patients, and the hospital has 13 ventilators.

The physicians also have plenty of Chinese-made KN95 masks and hand sanitizer.

Still, not a single employee has been vaccinated and none has been told when that might be possible.

That was easier to accept at the beginning of the pandemic, Djarma said, because doctors around the world lacked vaccines.

That has changed dramatically after the development of shots in the West and by China and Russia that have gone to other poor African countries.

"When I hear, for example, in some countries that they've finished with medical staff and the elderly and are now moving on to other categories, honestly, it saddens me," Djarma said.

"I ask them if they can provide us with these vaccines to at least protect the health workers. 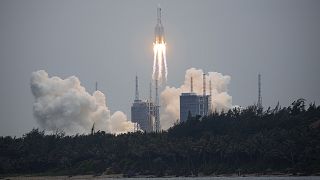