Congo’s president, the current head of the African Union, met Saturday with Egyptian and Sudanese officials amid international and regional efforts to relaunch negotiations over Ethiopia’s disputed dam on the Nile River’s main tributary.

President Felix Tshisekedi was received by Gen. Abdel-Fattah Burhan, head of Susan’s ruling sovereign council, at the Khartoum's airport. The two leaders then headed for talks at the presidential palace. Sudan's Prime Minister Abdalla Hamdok also attended the talks, according to a statement by the sovereign council.

Foreign Minister Mariam al-Mahdi said Congo’s president has offered an initiative to break deadlock over the dam's dispute. She said the Sudanese authorities would study the initiative, without elaborating.

Tshisekedi then flew to Cairo where he met with Egypt's President Abdel-Fattah el-Sissi, the Egyptian leader's office said.

U.S. envoy for the Horn of Africa, Jeffrey Feltman, also met with Gen. Burhan earlier in the day over the decade-long dam dispute. The impasse has exacerbated concerns of an escalation into a military conflict that could threaten the entire volatile region.

Burhan reiterated Sudan’s call for a negotiated agreement on the filling and operation of the dam’s massive reservoir, the sovereign council said in a separate statement.

Feltman visited Egypt and Eritrea last week and is scheduled to stop in Ethiopia as part of his regional tour.

The latest round of African Union-brokered negotiations in Congo’s capital of Kinshasa in April failed to make progress on the issue.

The dispute now centers on how quickly Ethiopia should fill and replenish the reservoir and how much water it releases downstream in case of a multi-year drought.

Egypt and Sudan argue that Ethiopia’s plan to add 13.5 billion cubic meters of water in 2021 to the dam’s reservoir is a threat to them. Cairo and Khartoum have called for the U.S., the U.N, and European Union to help reach a legally binding deal. The agreement would spell out how the dam is operated and filled, based on international law and norms governing cross-border rivers.

Egypt, which relies on the Nile for more than 90% of its water supplies, fears a devastating impact if the dam is operated without taking its needs into account. Ethiopia says the $5 billion dam is essential, arguing that the vast majority of its population lacks electricity.

Sudan wants Ethiopia to coordinate and share data on the dam’s operation to avoid flooding and protect its own power-generating dams on the Blue Nile, the main tributary of the Nile.

The Blue Nile meets the White Nile in Khartoum, before winding northward through Egypt into the Mediterranean Sea. 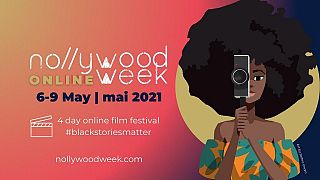