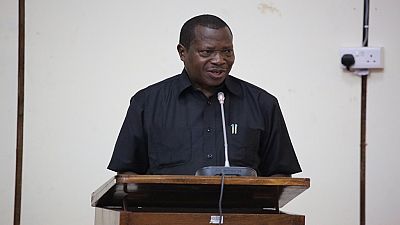 The Tanzanian Parliament has confirmed the appointment of the country’s Finance Minister Philip Isdor Mpango as the new vice-president.

Mpango’s nomination was announced by Parliament Speaker Job Ndugai ahead of his approval by the MPs.

A total of 363 MPs voted to endorse Mpango after nomination by President Samia Suluhu.

Mpango will be sworn in on Wednesday and will fill the position that was left vacant after President Suluhu took over as president following the death of the former strongman Dr. John Pombe Magufuli.

Philip Isdor Mpango is among the few ministers who were reappointed by the late President Magufuli during his second term.

He previously served as the Acting Commissioner General of the Tanzania Revenue Authority (TRA), the Executive Secretary in the President’s Office (Planning Commission).

He also served as the Deputy Permanent Secretary at the Ministry of Finance & Economic Affairs, and the Personal Assistant to the late President Magufuli in economic affairs.

Mpango was previously caught up in controversy when a video of him coughing and gasping during a news conference was shared a thousand times as he defended the state of his health.

Though he did not reveal what he was suffering from, the minister tried to put to a stop rumors on social media that he had died of Covid-19.

In the video, Mpango dispelled rumors that he was suffering from Covid-19 and further announce he was being discharged from hospital after 14 days.

Magufuli played down the impact of the Covid-19 pandemic, claiming Tanzania had freed itself from the Covid" through prayer.

Many Tanzanian officials have died, often without the cause of their death being specified.

Tanzania has not published data on coronavirus since April 2020. 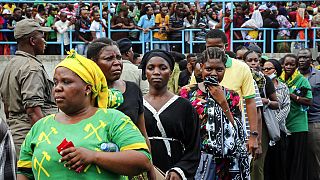