The holy Jewish celebration of Hanukkah is extra special in Morocco this year after the country normalised ties with Israel in a deal brokered by the United States.

In Casablancas Olympic stadium a Hanukkah ceremony was streamed online on Monday.

"Of course it's a miracle, because the announcement (normalisation with Israel) was made on the first day of Hanukkah, on the eve of our Hanukkah, so this is our miracle of Hanukkah 2020," said Rabbi Levi Bano, Representative of the Lubavitch in Morocco.

The diplomatic breakthrough, linked to Washington's recognition of Rabat's sovereignty over the disputed Western Sahara territory, was announced on the first day of the Jewish Festival of Lights last Thursday.

According to Jewish tradition, a new candle is lit on each of the festival's eight nights to commemorate the rededication of the Second Temple in Jerusalem after its desecration in the year 160 BC.

"Today we are celebrating the resumption of relations between the State of Israel and the State of Morocco, and the fact that it may fall on the day of the first candle of the Hanukkah is a sign from God for me, the sign of a miracle. It is a miracle that is blessed by God," said Ken Ouhanna, 35, designated master of the ceremony.

Morocco is home to North Africa's largest Jewish community, which has been there since ancient times and grew with the arrival of Jews expelled from Spain by Catholic kings from 1492.

But many Jews left after the creation of Israel in 1948.

About 3,000 Jews remain in Morocco and the Casablanca community is one of the country's most active. 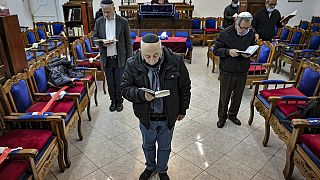 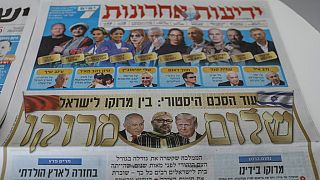 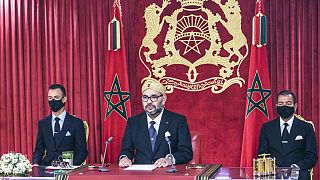