An Anti-Jihadist Military Operation in Egypt

The Egyptian army said Tuesday its air force had "managed to eliminate 25 takfiri elements” i.e. jihadists and that another 15 suspected Islamist militants had been killed "in special operations" since September with combined ground operations in the northeastern Sinai region, the site of an Islamist insurgency in the country.

In addition, the army said the operations also "resulted in the arrest of 12 other" suspected extremist fighters and that it had destroyed 437 weapons caches, defused 159 improvised explosive devices, and confiscated dozens of other types of weapons.

The statement also mentioned that its own army personnel had been either wounded or killed, without specifications.

**Background
**
Egyptian forces have fought the jihadist insurgency in the Sinai Peninsula for years. A problematic presence led mainly by the local branch of the Islamic State group.

Terrorist attacks have multiplied in the region since the army ousted President Mohamed Morsi of the Muslim Brotherhood in 2013.

Egyptian authorities have been conducting a nationwide operation against Islamist militants - mainly focused on the northern Sinai and the Western Desert, since February 2018.

About 970 suspected militants and dozens of security personnel have been killed in the Sinai, according to official figures. However, as North Sinai is off-limits to journalists no independently-sourced death toll is as yet publicly available. 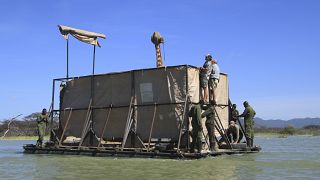 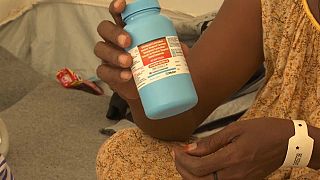