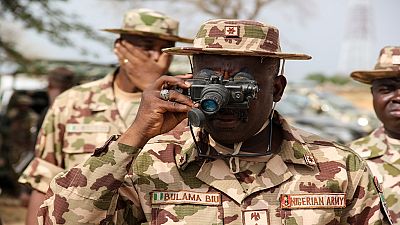 Nigerian army general who complained about inadequate equipment to fight the Boko Haram has been dismissed from service and further convicted.

Mr Lafiya Dole, Olusegun Adeniyii, who was commended for his exploit in the fight against Boko Haram forur months ago was dragged to the court martial for violating sections of the policy on the use of social media for personnel of the armed forces of Nigeria.The military policy forbids personnels from posting any audio, video or pictures depicting their training or operations.

Adeniyii was found guilty by the court for producing and publishing video on the counter- insurgency operations ridiculing the weapons they have in comparison to the adversaries, the Boko Haram.

The military in July had pushed for Adeniyii’s prosecution after he was seen in several social media posts confessing that Nigerian troops were being gunned down by the Boko Haram due to their inferior guns.

Mr Adeniy has therefore been demoted for three years.

The video was recorded in an operation just after militants had killed dozens of soldiers in an ambush in Yobe state earlier this year.

His conviction has led to public outcry on social media with some terming it as unnecessary.

Here is the video Adesiyi posted early this year. 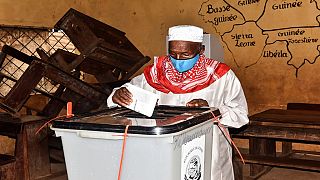 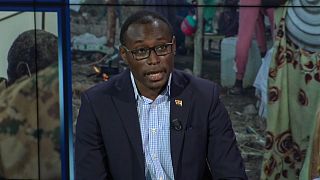