"The Court of Cassation rejected Wednesday all appeals of the defense. This is the final decision" for the 23 Sahrawis, convicted for the deadly clashes in 2010 in the Moroccan-controlled part of Western Sahara, Mohamed Fadel Leili told AFP.

The had been convicted by a military court in 2013, with sentences ranging from 20 years to life imprisonment.

But after protests from human rights organizations and relatives of the convicted, and following judicial reform, the case was moved to a civilian court, which handed down sentences ranging from two years to life in 2017.

The clashes erupted on November 8, 2010, when Moroccan forces deployed to evict a camp, south of the city of Laayoune, the largest in Western Sahara, where some 15,000 Sahrawis had settled to protest their living conditions.

Some of the unarmed victims had had their throats cut or their bodies soiled, according to security forces videos that shocked public opinion.

Morocco and the Polisario Front, Western Sahara's independence movement accused each other of provoking the clashes.

The decision of the Court of Cassation comes amidst high tensions in Western Sahara, where Morocco and the Polisario Front have been engaged in intermittent clashes since November 13, after 30 years of a ceasefire ovserseen by the United Nations. 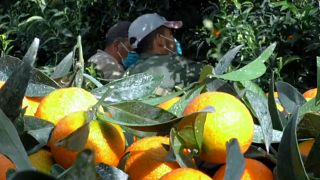