14 Nigerian soldiers were killed in an attack on a military base in the northeast of the country.

Nigerian military authorities say the jihadists from the Islamic State in West Africa (Iswap) group attacked the Jakana military base on Friday with machine guns and grenade launchers, an offensive followed by intense fighting.

The IS-affiliated group has recently intensified attacks on military and civilian targets in the region. 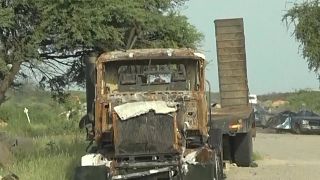