Danger, for an ancient archaeological gem in the northeast of Khartoum, Sudan, after the nation — currently in a state of emergency, recently experienced overwhelming floods from heavy rainfall that resulted in some of the country's highest recorded Nile river levels in a century, about t 17.5 meters late in August.

Mahmoud Sleiman Mohammed Bashir, Director of the World Heritage Site (Meroe Island), explained the current threat to the historical site, "All the architectural installations in the city are constructed of sandstone and red bricks. Sandstone is one of the types of fragile stones that are negatively affected by water because it leads to the absorption of salts, and salts lead to cracks in sandstone, and thus we lose the stone."

Teams have set up sandbag walls and are pumping out water to protect these historical ruins of Al-Bajrawiya, once a royal city of the two-millennia-old Meroitic empire — within proximity to the famous Meroe pyramids, a UNESCO World Heritage site.

The Meroe Island Director continued, "Given that the site is a world heritage, there will be cooperation between us and the UNESCO to build a wall between the royal city and the Nile to protect it from the Nile flood in the coming seasons."

The flood-threatened site, some 200 kilometres (125 miles) northeast of Khartoum, was a capital of an African empire that controlled vast swathes of land from 350 BC to 350 AD.

Sudan's ancient civilisations built even more pyramids than the Egyptians, but most are lesser-known and many are still unexplored.

The recent floods in Sudan have taken the lives of around 100 people, destroyed over 100,000 homes and displaced approximately 500,000 people. 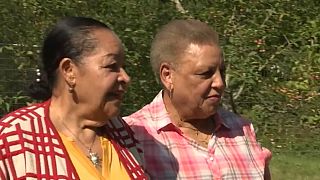