A four-thousand-year-old funerary temple has been discovered in Egypt and inside, a trove of ancient treasures including coffins with mummies.

The dig took 14 years and archeologists on Saturday uncovered the temple belonging to Queen Nearit, wife of King Teti, in Saqqara, south of Cairo, Egypt.

During excavations, 22 burial shafts were found and inside these shafts more than 50 wooden coffins uncovered, dating back to Egypt's New Kingdom.

The coffins are decorated with many scenes depicting Egypt's Gods that were worshiped during this period.

The discovery is a cooperation between the Ministry of Antiquities at Bibliotheca Alexandrina and the Zahi Hawass Center.

"The most important discovery actually, in my opinion is the temple, the funerary temple, that belongs to this pyramid," said Zahi Hawass, Egyptologist and former minister of antiquities.

"This is dated back 4,200 years ago, Dynasty Six of the old kingdom and actually beside this temple we found the storage area. They store inside the tools that they used for the rituals inside the temple". 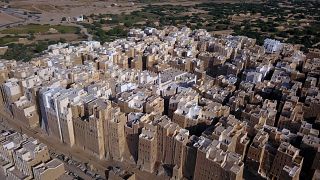 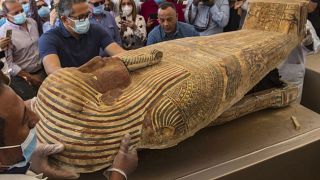 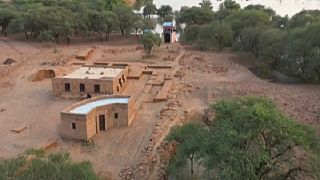