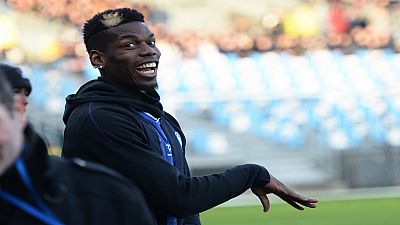 On this day in 2019, French midfielder Paul Pogba cast doubt over his future at Manchester United after revealing he is considering “a new challenge”.

Speculation on a possible move to Real Madrid or a return to former club Juventus remains and it had been mounting since last season in which Pogba faced criticism at times for his performances with United.

This season, the French World Cup winner had two ankle injuries that ruled him out for a large part of the season, making only two substitute appearances against Newcastle and Watford.

In June 2019, Pogba told reporters in Tokyo while attending an event held by sponsors Adidas that it could be time to leave Old Trafford.

Pogba was re-signed by United in the summer of 2016 from Juventus for a then world record transfer fee of £89 million (around 111 million U.S. dollars).

He had spent four years with the Italian club after being sold to them by United for £1.5 million (around 1.8 million U.S. dollars) in 2012.

Pogba has only appeared eight times this season due to an ankle injury, with his last appearance coming on Boxing Day.

His transfer still hangs in limbo.