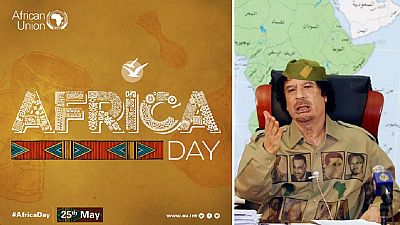 The Chairperson of the African Union Commission, AUC; Moussa Faki Mahamat has bemoaned ongoings in Libya on the occasion of the AU’s 18 anniversary. Even though the AU formed in 2002 is 18 years today, its mother body, the Organization of African Unity is 57 years.

The AU chief in an abridged version of his AU @18 declaration posted on Twitter stressed the need to do all it takes to resolve the Libyan crisis.

Describing Libya as the principal initiator and proponent of the AU, he said the current crisis was the fault of all interested parties, some of whom continue to stoke the security and political crisis riddling the country.

“The tragedy being played out in Libya is of profound concern to us all. No-one is blameless in the failure, neither is any segment of the international community, which has a great responsibility in the persistence or even escalation of the conflict,” he stressed.

The AU has in the past few months taken steps to be more involved in helping solve the Libyan crisis. A high-level committee on Libya headed by Congolese president Denis Sassou-Nguesso met in Oyo, northern Congo and agreed on a Libya-led reconciliation process.

Meanwhile, the security crisis continues with the United Nations-backed government recording recent successes against the eastern-based government led by rebel Halifa Haftar. A recent Reuters report noted that the US and Turkish presidents had called for a de-escalation of the crisis.

Turkey has men on the ground in support of the Tripoli-based UN-backed government. Whiles the US and other gulf giants are believed to be supporting the Benghazi-based forces.

57 years ago, Africa laid the foundations for its unity that had been undermined by colonisation, by establishing a common organization, the OAU which became the African Union in 2002.

57 years after this founding act, Africa liberated itself from the colonial presence and apartheid. It initiated its political unity and made significant economic, social and cultural progress. However, such progress cannot conceal the sometimes flagrant shortcomings and delays.

We are constantly plagued, not without anguish ,by many questions. Has Africa become the continent of freedom, peace, prosperity and success that our Founding Fathers dreamt of? Has Africa gained a place commensurate with its immense potential and legitimate ambition in the international arena?

As Chairperson of the AUC, one of whose key commitments is to silence the guns on the continent, I am deeply touched by the sight of the current events in Libya, one of the founding members of the OAU and the principal initiator and proponent of the AU.

The tragedy being played out in Libya is of profound concern to us all. No-one is blameless in the failure, neither is any segment of the international community, which has a great responsibility in the persistence or even escalation of the conflict.

Against this mixed backdrop, there are glimmers of hope, fierce determination to overcome the odds and to break the cycle of dependency and poverty. Positive developments as well as spectacular results, have continued to emerge and pave the way forward.

Over in South Africa, president Cyril Ramaphosa who is also the current AU president in his weekly dispatch touched on the AU @18 celebrations but with a strong slant to the COVID-19.

“We mark Africa Day this year just over three months since the first case of coronavirus on the continent was confirmed. This pandemic has been a stark reminder that regardless of whether we are born into wealth or indigence, we are all mortal, and can succumb to disease.

“As countries around the world battle to turn the tide against the pandemic, Africa has taken firm control of its destiny, by developing a clear strategy and raising financial resources from its member states,” he noted.

He had earlier on Sunday announced the easing of a lockdown that had all but shut the economy since late March. Effective June 1, the economy is to be reopened as the country continues to battle the virus which has affected over 22,000 people so far.