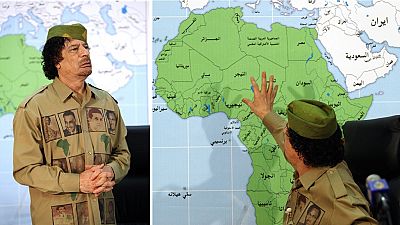 According to the long-serving president, Africa’s diplomatic attempts in the intervention were not enough and that a military intervention should have been pursued to save the north African country currently embroiled in armed conflict.

It is the second time in recent years that he is commenting on the Libya situation that brought an end to the reign of Muammar Gaddafi who was eventually captured and killed by rebels in his hometown of Sirte in the same year.

In 2016, Museveni wrote a piece that criticised the United States and European Union for their intervention in Libya and the wider Middle East region. He averred that the U.S. and E.U had no business dislodging Gaddafi and Saddam Hussein of Iraq.

Museveni’s comments on Libya comes after that of Guinea president Alpha Conde, who in an exlusive interview with Africanews’ editor-in-chief Nathalie Wakam, spoke about the headache that a disorderly Libya continues to have on the North Africa and Sahel region at large.

Libya has been at the heart of recent news coverage with multiple conferences geared towards achieving a ceasefire between the two main rival factions. The internationally recognized Tripoli government and the Benghazi government led by rebel chief Khalifa Haftar.

Moscow and Berlin in the recent weeks hosted summits on Libya. The next meeting is under the auspices of the African Union and is due to be held in late January in Brazzaville, capital of the Republic of Congo. President Sassou Nguesso is leader of the AU-led committee seeking a resolution of the crisis.