Female activists in Sudan are demanding a legal framework to enforce the ban on female genital mutilation in the country.

The age-old barbaric tradition was banned by the state last week. But for these activists, much more is needed.

If the state does not criminalise this act within a legal framework, all our initiatives would be illegal.

“Laws don’t aim only at criminalizing, it is true that the law criminalises female genital mutilation, but also sets a framework protecting us as activists, because if the state does not criminalise this act within a legal framework, all our initiatives would be illegal,” Halim said.

For Hakam Ibrahim, a Khartoum resident “We have all fallen victims of female genital mutilation. Some women have lost their lives during childbirth as a result of genital mutilation while others suffered during their marriage because of the cutting.”

Sudan’s cabinet approved amendments to the criminal code punishing those who perform the operation on girls by up to 3 years in prison and a fine.

The decision, comes after more than a year following the ouster of Omar al-Bashir. The amenedment is awaiting a final sign-off by Sudan’s transitional authorities before becoming a law. 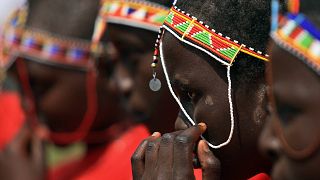