Kenya's High Court voted to uphold a ban on female genital mutilation on Tuesday after a petition was filed by a female doctor to leaglise it.

In Kenya, four million girls and women have undergone FGM, the ritual cutting or removal of some or all of the external female genitalia. The country outlawed the practice in 2011.

In 2017, DR Tatu Kamau filed a constitutional petition calling for the Prohibition of Female Genital Mutilation Act to be declared unconstitutional as it discriminates against "national heritage". She argued that women above the age of 18 would have the right to choose.

But the three-judge bench voted against her petition and said revoking the constitution would be detrimental to women and that after observing survivors' testimonies it was not convinced that any woman or girl would consciously and freely consent to FGM.

The Nairobi High Court also said there is no conceivable benefit of FGM,

"The implication of this is that FGM/C cannot be rendered lawful because the person on whom the act was performed consented to that act. No person can license another to perform a crime," said Lady Justice Achode.

Kenya’s President Uhuru Kenyatta pledged to end FGM by 2022 but it still continues as some communities believe it is needed for social acceptance and it increases marriage prospects.

"Today's verdict really is a good day for women's rights in Kenya," said Felister Gitongam a program officer at the organisation Equality Now.

She told Africanews the ruling "sets a precedent in terms of the rights for girls to exist in positive cultural context and also for the protection against harmful practises."

Kenya has made commendable strides towards ending FGM and under the law could sentence individuals partaking in the practice to three years in prison, even if it is done outside Kenya's border.

According to the United Nations, 21 percent of Kenyan women between the age of 15 and 49 have been cut and at least 200 million girls and women across 30 countries are also affected by the practice.

FGM can cause severe bleeding and other health issues, infections, infertility and complications in childbirth, the World Health Organization says.

Gitongam said the laws in Kenya have enabled the country to be seen as "progressive" in ending the harmful practice, which has influenced other African nations to follow in its footsteps.

"Across the continent, we are seeing diverse progress amongst the countries.

She said there is an apparent reduction in the number of FGM victims for girls and adolescents, which she says is "is significant in lot of countries because in a lot of African cultures, FGM is done as a rite of passage and it is also done within that period of adolescents between 12 to 14 years.

"Therefore, the indication of a reduction in this group is a sign that the rate of abandonment is picking momentum across the continent."

But Gitongam said that in some countries that do not have anti-FGM laws such as Mali, Liberia and Sierra Leone the number of FGM victims is high.

Putting an end to FGM

Cross-border FGM, where people move countries so that girls undergo the practice, has become popular in eastern and western Africa.

In 2019, the African Union launched the Saleema initiative to galvanise political action to accelerate the elimination of the harmful practice.

"From the continent to the very national level, you can see there are some initiatives that are being put in place for four countries to be able to address the issue of FGM," said Gitongam.

But she argues a variety of strategies need to be introduced.

"Creating awareness targetting young people and putting in place legislative measures, all of these put together, then we'll be able to make progress," she said. 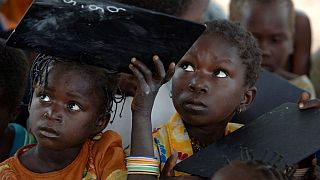 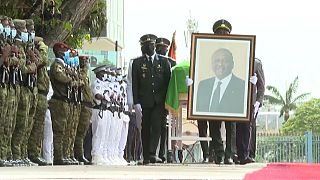 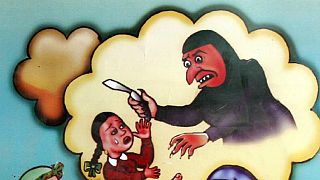