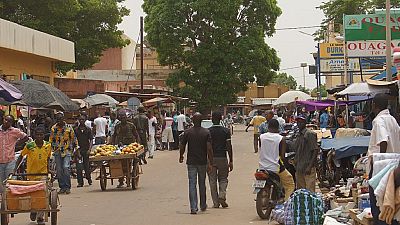 Several hundred Burkinabè traders demonstrated Monday in Ouagadougou to demand the reopening of all the markets, which were closed at the end of March to combat the spread of the coronavirus, an AFP journalist noted.

“We want the markets to reopen so we can resume our activities and provide for our needs,” said Soumaila Tiendrebeogo, a clothes trader at the Nabi-Yaar market in Ouagadougou’s working-class neighbourhood.

The epidemic, which has caused 42 deaths out of 623 confirmed cases in this West African country, according to the latest official report on Sunday, had led to the closure of some 40 markets in the capital of 3 million inhabitants on 25 March, two weeks after the outbreak of the disease.

If the markets are not opened tomorrow, the country will catch fire. We are tired. This disease is being used politically and for other purposes. We don't know of any coronavirus patients. It's the rich who have it and prevent us from living.

On 20 April, the authorities reopened the large market in Ouagadougou and then the one in Bobo-Dioulasso, the country’s second largest city, raising high hopes among traders in the other markets that remained closed.

Gathered around the Sankaryaré and Nabi-Yaar markets, located in two working-class neighbourhoods of the capital, the demonstrators, mostly young people and women, set up a few roadblocks on tracks using stones, used tyres and tree trunks, preventing any traffic. These roadblocks were then dismantled by the police, without a hitch.

“The markets have been closed for more than a month. We have nothing left to eat. No help. Donations of food are made but few people benefit from them, and in small quantities,” complains Soumaila Tiendrebeogo.

“Let them open the markets now. That’s all we want. We don’t expect anything else (from the government),” said the demonstrators’ spokesperson, Bibata Keita.

“If the markets are not opened tomorrow, the country will catch fire. We are tired. This disease is being used politically and for other purposes. We don’t know of any coronavirus patients. It’s the rich who have it and prevent us from living,” she says, echoing a discourse very present in the population.

According to Moumouni Sanfo, a trader in spare parts for two-wheeled vehicles, “if we could open the big market, we can do it for all the other markets. The same measures must be put in place, including hand washing, taking the temperature and the systematic wearing of masks”.

“We are ready to respect all the instructions. We had hopes with the reopening of the big market, but a week later we’re tired of waiting,” says Salimata Compaoré, a saleswoman.

According to a source at the Ouagadougou town hall, an emergency meeting has been called with the mayors of the city’s various communes.

The coronavirus pandemic is putting a severe strain on Burkina Faso’s fragile economy, which has already been tested by the struggle against jihadist groups for five years.

Growth is expected to drop to 2%, instead of the 6.3% initially forecast, according to the government.