How African countries are responding to Coronavirus 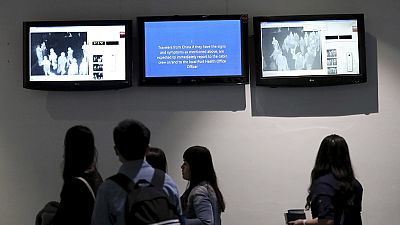 As the death toll from the Coronavirus surpassed 200 in China, several African countries have implemented different measures including screening of travelers from China at airports, issuing travel advisories and reviewing visa issuance terms, in a bid to protect their populations.

In China itself, which hosts several African communities of students, traders and diplomats, there are different options available including evacuation, collaboration with Chinese authorities and these have been exercised differently from nation to nation.

In this article, we will explore the responses of different African governments to this outbreak that the World Health Organisation (WHO) on Thursday declared a Public Health Emergency of International Concern.

Beijing’s push to expand its influence on the youthful African continent means Africans now make up the second-largest population of foreign students in China, behind those from elsewhere in Asia, according to China’s education ministry. In 2018 African students numbered more than 80,000.

More than 4,000 are estimated to be in Wuhan alone.

None of them expected this. No one knows how long the lockdown will last, or all the ways the virus can spread.

Ethiopia whose Bole International Airport in Addis Ababa is the leading gateway to Africa, has tested four suspected cases of the coronavirus. Authorities on Thursday said all tested negative.

Ethiopian Airlines, which is the continent’s largest operator on Thursday said it would still operate its regular flights to Beijing, Shanghai, Guangzhou, Chengdu and Hong Kong in China.

Botswana’s government has openly worried about its students’ supplies of water and food. It issued a statement on Sunday saying its embassy in China ‘is in constant contact with students in Wuhan City through an established Web Chat platform and emergency hotline number’.

Authorities in Kenya have opted not to evacuate their citizens from China, arguing that China is in a better position to contain the virus.

On Friday, Kenya’s health cabinet secretary announced that results of a suspected case had tested negative.

‘‘I can confirm that results on the suspected coronavirus case sent to South Africa for validation are negative,’‘ Sicily Kariuki said on social media.

The student had been quarantined at Kenyatta National Hospital, after returning from the Chinese city of Wuhan aboard the national carrier, Kenya Airways.

Kenya Airways itself on Friday suspended all flights to and from China, as a precautionary measure. RwandAir, Air Madagascar, Air Mauritus and Royal Air Maroc also suspended flights to mainland China.

Africa’s most developed economy, South Africa, has signaled it will not evacuate citizens. On Sunday it told students in China to adhere to university instructions, warning that leaving without permission “can have far-reaching consequences.”

Morocco’s King Mohammed VI, however, has ordered his government to repatriate 100 nationals of the north African nation from Wuhan.

Mozambique on Tuesday issued a directive temporarily suspending the issuance of visas on arrival for travelers from China, as one of the measures to prevent the spread of the coronavirus.

The president of another north African nation, Algeria’s Abdelmadjid Tebboune, ordered the “immediate” repatriation of 36 citizens in Wuhan, most of them students, the official APS news agency said.

Khamis Hassan Bakari, a 39-year-old Tanzanian doctor and a small committee of fellow doctors from his East African country regularly send updates on social media about the outbreak to the more than 400 Tanzanian students in Wuhan, as well as hundreds of countrymen elsewhere in China.

“They don’t have a clue what is going on,” Bakari said. And, because the updates are largely in Swahili, the lingua franca of East Africa, many beyond his country can follow them, too.

“Together we are one family,” the association tweeted Tuesday, encouraging fellow Africans to follow precautionary measures.

We want to leave

Several African students have however expressed a strong desire to leave China, until the virus is contained.

A Ghanaian student said campus authorities at Wuhan University of Science and Technology had warned students against sharing videos, photos or messages about the virus on WeChat, the popular Chinese messaging app, threatening to cut their WiFi connections if they do.

Students were only trying to learn about the situation, said the student, adding that he wants to leave China the moment transport links are restored.

“This is not the time to be adventurous,” Ghana’s ambassador to China, Edward Boateng, has warned. “Let’s not panic in the process.” The African diplomatic corps in Beijing has been exploring options to help students, reaching out to the U.N. migration agency and others.

Students have reached out to Tanzania’s embassy about leaving Wuhan and were told authorities were working on it, Dr. Hilal Kizwi, a member of the grassroots committee said. “But I don’t expect it.”