Foreign powers backing rival governments in Libya have agreed to stop military interference in the country, and rather support ongoing efforts to achieve a permanent ceasefire that could facilitate a political solution to the conflict.

The resolutions were arrived at during a Peace Summit hosted by Germany on Sunday. In attendance were the presidents of Russia, Turkey, France, Egypt and the United States Secretary of State.

I cannot stress enough the summit's conclusion that there is no military solution to the conflict in Libya.

“Yes, we spoke to them individually, because the differences between the two parties are so great that they are not speaking to each other at the moment,’‘ Merkel explained highlighting the work that still needs to be done to resolve the conflict.

Egypt, the United Arab Emirates, Russian mercenaries and African troops are backing military strongman Khalifa Haftar while Turkey and the United Nations back the Tripoli-based government.

READ MORE: Who supports who in Libya’s complex battlefield

Merkel added that the participants at the peace forum agreed to continue holding regular meetings to ensure the process continues “so the people in Libya get their right to a peaceful life.”

The rival governments also agreed to name members of a military committee that will represent them at talks on a more permanent cease-fire.

“I cannot stress enough the summit’s conclusion that there is no military solution to the conflict in Libya. All participants have mentioned it several times, during the meeting. Even those that are more directly involved in the conflict itself,’‘ said Antonio Guterres, UN Secretary General.

The summit was overshadowed by the blockade of Libya’s oil exports by Haftar’s forces. Haftar blocked the country’s main ports on Saturday to protest Turkey’s decision to send troops tin support of Tripoli’s UN-recognised government led by Fayez al-Sarraj.

Libya’s National Oil Company says it could lose up to $55m as revenue from oil exports, as daily crude production reduces from 1.3 million barrels to 500,000 barrels.

The oil-rich North African country has been torn by fighting between rival armed factions since a 2011 NATO-backed uprising killed president Muammar Gaddafi and toppled his regime. 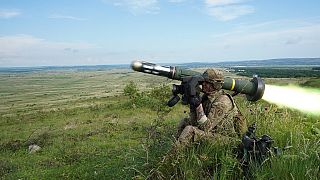 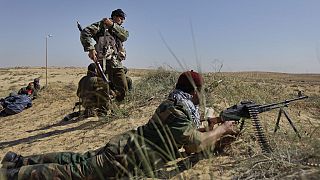