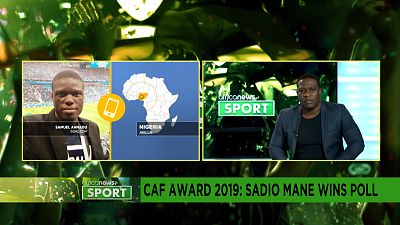 From Australia up to the Northern hemisphere to see arguably the most watched tv event, the American super bowl. The New England Patriots defeated the Los Angeles Rams 13-3 to become the champions of Super Bowl 2019.

A long season in Europe’s top flight club football competition was decided in Madrid in May after two English clubs historically hijacked the Uefa champions league finals as the case was in 2008.
Liverpool beat Tottenham 2-0 win to be crowned champions of Europe for the 6th time with Mohamed Salah of Egypt and Sadio Mane of Senegal playing key roles along the way.

What started as a soccer tournament consisting of three countries – Sudan, Ethiopia and Egypt – in 1957 has exploded into a major competition on the soccer schedule with 24 participating countries. Host country Egypt were shocked with an early round of 16 exit while Madagascar and Benin made the last eight of the tournament. High flying Algeria scored in every single game in the tournament, beating Senegal at the group stage as well as the finals to lift the Africa Cup of Nations 2019.

June-July also assembled the world’s best female footballers from across the globe to the world cup in France.

The host nation France and 23 others thrilled the world with spectacle, goals and fine goals. The US entered the competition as defending champions after winning the 2015 edition in China. They went all the way to beat the Netherlands 2-0 to win their 4th world cup competition. Sweden finished 3rd ahead of England.

Over 1700 athletes trooped in to Qatar Doha for the 17th edition of the IAAF world athletic championship in 49 different events.
Africans had a say during the one month competition as Kenya finished third on the overall medal table with 11 medals only behind the USA and Jamaica.

South Africa made history in the world of Rugby after winning this year’s world cup in Japan. It was the third time the springboks lifted the trophy, this time Siya Kolisi was the first black man to do so.

The team put up a fierce show beating every team on the way to the finals but for a group B match which they lost to New Zealand. They convincingly beat England at the finals by doubling their score 12-32.

Host nation Brazil won the U 17 world cup after winning every game in the competition that had 4 African representatives, Cameroon, Nigeria, Senegal and Angola.
A competition considered too strong for the Africans as all 4 teams crashed out at the round of 16 with Champions Cameroon failing to win a single game in the group stage.

Brazil beat Mexico 2-1 in the finals,

Egypt beat Ivory coast 2-1 at the finals in a competition they dominated from start to finish. South Africa edged Ghana in the classification match to back home the bronze medal as well as qualification ticket for next year’s Olympic games in Tokyo Japan. Finalists Egypt and Ivory Coast also qualified for the games in 2020.

The best was reserved for the last as a historic visit to Africa by Fifa’s president Gianni Infantino made headlines for days.

It warms the hearts of millions as the president accompanied by a CAF delegation visited Madagascar, Lesotho, Angola, the republic of Congo and the Democratic republic of Congo where he participated in a football match to commemorate 80 years of existence of TP Mazembe in Lumumbashi. The fifa president also unveiled the new offices of the Congolese football federation in Brazzaville as well as promised 6 million dollar aid to Angola football geared towards youth and female football development. The one week visit was the longest ever by a Fifa president, one who promises to bring African football to the limelight.

Messi was declared winner ahead of Vigil Van Dijk, Christiano Ronaldo while Liverpool and Senegal’s Sadio Mane was 4th on the pecking order.

The ward raised world wide questioning of the criteria as many analysts feel Senegal’s Sadio Mane deserved better than a 4th spot.

For the first time in the award, three Africans featured in the top ten that included Egypt’s Salah and Algeria’s Mahrez.

And that is how we saw the year 2019 marked by these huge sports events across the globe, hoping for a more busy 2020 schedule, Philemon Mbale, Africanews, December 2019.