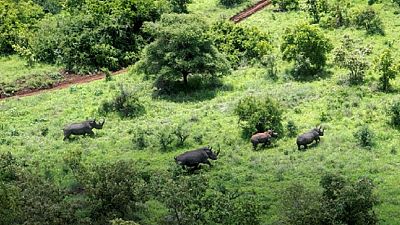 Botswana’s status as a safe haven for wildlife is being extremely tested, after the Ministry of Environment, Natural Resources Conservation and Tourism said rhino poaching in Botswana’s Okavango Delta has risen at an unprecedented rate over the last 12 months.

The ministry said 23 white rhinoceros and eight black rhinoceros were killed since October 2018.

“Between April and October 2019, nine rhinos were killed. The unfortunate incidents have increased with 13 more rhinos having been poached from October to date,” the ministry said in a statement seen by Reuters late on Monday.

Despite heavy rhino poaching in neighbouring South Africa, which has one of the world’s largest rhino populations, only six rhinos were killed for their horns in Botswana between 2007 and 2017 conversation organisation Save the Rhino said on its website.

The actual size of the Botswana rhino population is kept a secret by government officials but the Department of Wildlife and National Parks Rhino Coordinator, Dr. Mmadi Reuben said in October that if the poaching ‘continued at this rate there will be no rhinos in Botswana in a year or two, especially the black rhino, a critically endangered species’.

Botswana is believed to have benefited in 2015 when South Africa moved around 100 rhinos to neighbouring countries as part of efforts to stem the illicit slaughter of the animals for their horns.

Widely regarded as a safe haven for wildlife, Botswana has a strict anti-poaching policy and says it has committed immense resources to combat poaching but poachers have taken advantage of the large size of the Okavango Delta and its difficult wetland terrain.

Botswana said it has stepped up efforts to address poaching with interventions leading to the recovery of some horns and hunting weapons.

A rhino horn is estimated by conservationists to be worth more than $65,000 a kg with demand rising, particularly in Asia, where a newly affluent class regards it as a status symbol and is used as medicine. 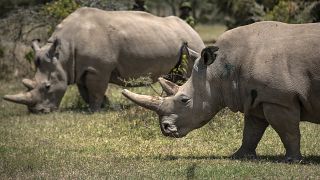