On Friday, protesters took to the streets of Algiers as the December election draws near. They held banners that read ‘‘We will never bow down and ‘‘We will only return with freedom’‘.

“How can we decide to elections with people who have no program, who have no legitimacy, we must hear the voice of the people, the people spoke we must listen to the people”, Samia Brahim, an artist said.

We must hear the voice of the people, the people spoke we must listen to the people. 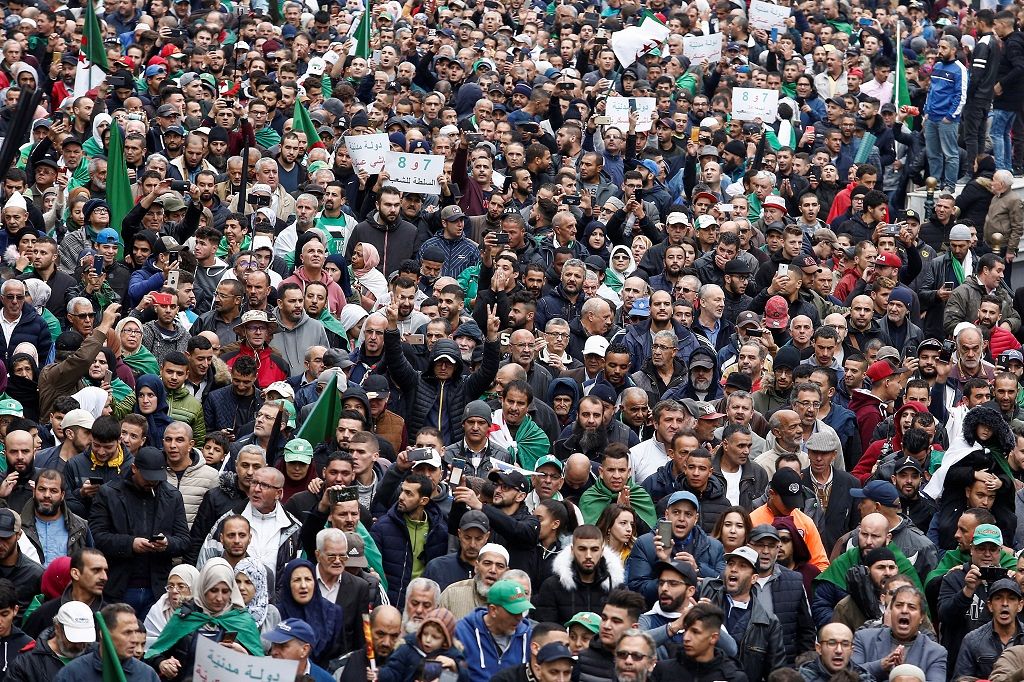 “Those who think that the Hirak (the people’s movement) is weakening, no! We do not intend to stop, we will go to the end, even if they manage to organize their elections the Hirak will not stop until we reach our goal of building the rule of law, a free and proud Algeria”, another protester said.

The protesters have been defiant with their demands for electoral reforms.

According to these protesters, the December election cannot be fair under the current ruling regime.

Meanwhile, the government has intensified pressure on protesters by arresting dozens of them. It has detained prominent opposition figures.