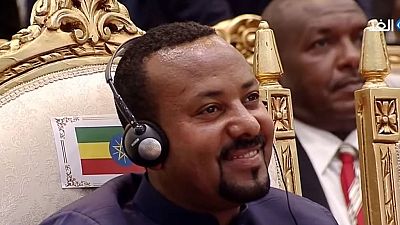 Pompeo confirmed in a tweet that their exchanges centered on him congratulating Abiy for his 2019 Nobel Peace Prize and the need for efforts to secure the South Sudan peace deal.

A Department of State release however added that the two discussed recent security related events in the Oromia regional state.

Ethnically tinged violence in Abiy’s home region resulted in over 70 deaths with over 400 people detained by authorities. The protests and clashes resulted from government’s alleged plan to withdraw security of a top activist, Jawar Mohammed.

On Thursday (October 31), protests took place in the town of Ambo in Oromia at a location where Abiy was holding community discussions along with administrator of the region, Shimelis Abdisa and Defence Minister, Lemma Megerssa.

Abiy was last month named the 100th recipient of the Nobel Peace Prize partly for his reforms at the local level and the 2018 peace deal with Eritrea.

In the case of South Sudan, Abiy through the regional group IGAD has been instrumental in pushing the warring parties to implement a peace deal.