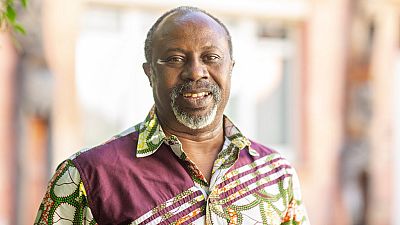 The director of the Festival des Francophonies in Limousin, Hassane Kassi Kouyaté believes that the rigidity of the French language could negatively affect its use across the globe.

Kouyaté, a Burkinabe actor and director, griot and descendant of griots, was this year entrusted as head of the Festival des Francophones in Limoges, describes the French language as ‘beautiful, poetic and creative’.

‘‘While in certain countries, one can be excused for saying « le femme ou la homme » because people know what he is talking about, a rigid Frenchman might outrightly dismiss the message, only focusing on the poor French spoken, and this has hindered the popularisation of the language,’‘ Kouyaté explains.

‘‘This makes people afraid to use it in some cases because they will be sanctioned and judged.’‘

French is the fifth most widely spoken language in the world, with up to 274 million French speakers worldwide.

In Africa alone, 31 of the continent’s 54 countries use French as an official language, a legacy that can be traced to French and Belgian colonial power.

Kouyaté, who hails from Burkina Faso, says art which is by nature flexible, can play a huge role in promoting the French language.

‘‘Beyond traditional learning techniques, there is a need to share it through art and culture, where learning and education are not rigidly bound by the rules. Here, expression will flow, and enrich the language, consequently recruiting more people to speak the language.’‘

At last year’s celebrations of the International Francophonie Day, French president Emmanuel Macron announced an ambitious project design to extend the international influence of the French language. French-Moroccan novelist Leïla Slimani was appointed to lead the campaign that included increasing the number of students enrolled in international French secondary schools.

Kouyaté, who became the first African to head the Festival des Francophones, outlined his grand vision for the prestigious event.

‘‘The festival should be a place where artists from the universe of the Francophonie meet to express themselves, give birth to new projects, debate and celebrate ideas, as well as a place of research.’‘

This year’s festival brought together various artists from countries on the African continent and diaspora. Kouyaté believes that considering the constraints artists on the continent have in terms of structure and resources, exposure from this festival ‘helps the artists’ exhibition and therefore their development’.

‘‘Africa is a social cultural and intellectual power because of its youth,’‘ he adds.

The recently elected head of the International Organisation of La Francophonie (OIF), Rwandan Louise Mushikiwabo, said she would make the popularisation of the French language, one of her core missions in her four-year tenure.