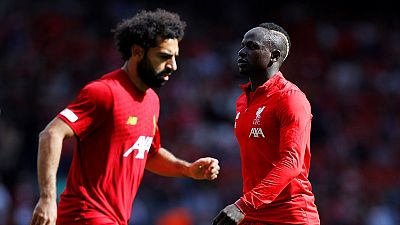 Global football governing body, FIFA’s award of Barcelona’s Lionel Messi as the best player of the year 2019, is being questioned by several coaches, players and pundits, in a rare voting controversy.

But by Wednesday, the Egyptian football association, Sudan’s coach and Nicaragua’s captain had questioned the legitimacy of Messi’s win, citing uncounted or misallocated votes.

The Egyptian Football Association (EFA) on Tuesday asked Fifa to explain why the votes of its national coach and the captain were not taken into account.

Coach Shawki Ghareeb and captain Ahmed El-Mohammadi, are not mentioned in FIFA’s publication of votes after the ceremony on Monday.

“The Egyptian Football Federation officially sent Egypt’s vote to Fifa on 15 August, four days before the deadline,” read part of a statement published on its social networks late Tuesday.

It “asks Fifa why the Egyptian vote was not accepted” and has decided to open an “investigation” into the circumstances of this failure.

On Wednesday, Sudan’s coach Zdravko Lugarisic and Nicaragua’s captain Juan Barrera took to social media to say that the votes published by FIFA, in their names, did not reflect their choices.

Lugarisic says his first choice was Egypt’s Mohamed Salah, while the FIFA website showed Messi as his top pick.

Barrera also insists that he did not vote for Messi, as claimed by FIFA;

‘‘I did not vote for Messi. I was surprised to be on the list of captains who voted for Messi and there is no explanation how it appeared there,’‘ Barrera reportedly said.

Nicaragua ?? captain Juan Barrera was asked why he voted for Messi.

He said, “I did not vote for Messi. I was surprised to be on the list of captains who voted for Messi and there is no explanation how it appeared there.” #TheBestAwards https://t.co/S2VJlfhSxF

Sudan head coach Zdravko Lugarisic claims that he made Mo Salah ?? his first choice for #TheBestAwards but he was shocked to find out that his vote had gone to Messi.

He took a screenshot of the voting form and it has been attached below. Oh wow! ???? https://t.co/RKDx4ereGq pic.twitter.com/AKQa6eee7r

FIFA determines the best players based on the votes of captains and coaches of every national soccer federation affiliated to it, as well as one media representative from each country.

The EFA is hoping to appease its star player, Salah, who reacted angrily to the results announced on Monday.

The federation insists that its coach and national team captain picked Salah as their top pick, even though he only managed 4th overall in FIFA’s published results, 20 points behind Messi.

To make matters worse, the only vote from Egypt that was published came from the journalist Hany Danial, who preferred Senegal’s Sadio Mané, Salah’s Liverpool teammate, only placing Egypt’s star player as his third pick, behind the Portuguese Cristiano Ronaldo.

Salah changed his bio on the social network Twitter, which now describes him simply as a Liverpool player. It would appear he no longer wants to be associated with Egypt’s national team.

“No matter how much they try to change my love for you and your people, they will not be able to do so,” he then said in a tweet, addressing his country.

FIFA has since explained that the forms were invalid because the signatures were in capital letters and they were not signed by the EFA general secretary, which was mandatory.

“The Egyptian FA have received two reminders to submit the properly signed voting forms on 19 August 2019,” a FIFA spokesperson told Reuters in an email.

“The Egyptian FA has not submitted a response within the (limited) timeframe until Wednesday, 21 August 2019. Therefore, the votes from the Egyptian FA could not be counted.”

FIFA did not clarify if the final standings would have been any different if the votes had been valid.