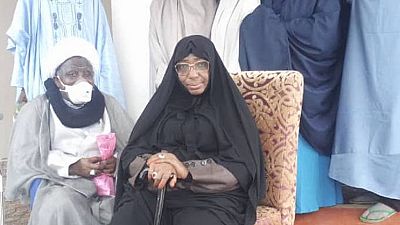 Ibrahim El-Zakzaky, leader of the Shia sect in Nigeria has flown back into the country after rejecting medical attention in India.

The 66-year-old is head of the Islamic Movement of Nigeria, IMN, a group that has been banned by authorities in the country.

An IMN spokesperson confirmed to the BBC that Zakzaky had arrived back on Friday after less than a week in India where he was supposed to undergo planned medical checks.

The BBC earlier this week quoted his daughter as confirming that Zakzaky’s tests showed he was suffering from lead and cadmium poisoning likely caused by a shrapnel in his body from when he was shot by the military in 2015.

His team have also expressed grave concerns about the security deployments around him. His daughter said aside armed police outside his room, he was not able to be treated by his own chosen doctors.

An IMN statement posited that the decision to abandon the process was because of the “imposition of medical treatment by the Nigerian security forces in collaboration with their Indian colleagues.”

It took a Kaduna State High Court order for him and his wife to be allowed to travel out of the country for medical reasons. The federal government has been holding him since he was arrested in 2015.

The spokesperson says Zakzaky was whisked away to an undisclosed location after his arrival in Abuja. He is expected to be returned into custody of the national spy agency, the Department of State Services.

Members of the IMN have often clashed with security forces in protests demanding his release from custody. The government has flouted court orders granting him bail.