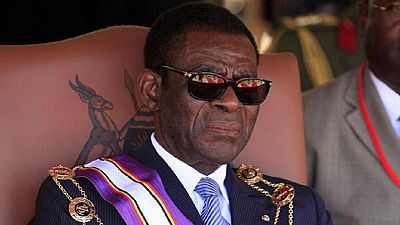 <p><strong>Equatorial Guinea’s main opposition party, Citizens for Innovation (CI), has called on the international community to sanction Teodoro Obiang Nguema’s regime for “extreme abuse of power”.</strong></p> <p>In a statement on Friday, the party calls for sanctions to be imposed on the government for non-compliance with human rights, while President Obiang celebrates his 40th anniversary in power.</p> <p>In particular, CI proposes “the refusal to grant visas to members of this monochrome and undemocratic government and parliament”.</p> <p>The CI party, led and founded by Gabriel Nse Obiang Obono, a former army lieutenant-colonel, was legalized in 2015 but dissolved in February 2018.</p> <p>In the same communiqué, CI also calls on “all governments of the world (…) to demand that the President of the Republic of Equatorial Guinea and his government” grant CI its seats. The party won two seats in the legislative and municipal elections of 12 November 2017, one in the Chamber of Deputies and one in the municipality of Malabo. It was dissolved in February 2018.</p> <p><span class="caps">NGO</span>s regularly denounce the abuses of power that have marked the last four decades in this small Central African country.</p> <p>Teodoro Obiang Nguema, 77, came to power with arms on August 3, 1979, overthrowing his uncle at the head of Equatorial Guinea.</p> <p><strong><em><span class="caps">AFP</span></em></strong></p>

All governments of the world (...) to demand that the President of the Republic of Equatorial Guinea and his government" grant CI its seats.