The Confederation of African Football CAF has had it’s fair share of ups and downs in recent times but most interestingly since the arrival of Ahmad Ahmad as President.

Unprecedented events that make news for the wrong reasons as many pundits will put it. Fifa’s secretary general Fatma Samoura takes charge on a temporal basis at the helm of CAF, undermining Ahmad.

For the next six months at least, CAF will be under her management as president Ahmad has been under scrutiny on several fronts including being questioned by French authorities in Paris in early June before being released without charges.

We now bring in Ghanaian sports journalist Henry Asante from Ash fm to try and make sense out of the chaos.

To oversee operational management of Caf, including governance and administrative procedures
To ensure the efficient and professional organization of all Caf competitions
To support the growth and development of football in all countries and regions of Caf.

A developing story on the continent as many question the actual role of CAF’s president Ahmad Ahmad. 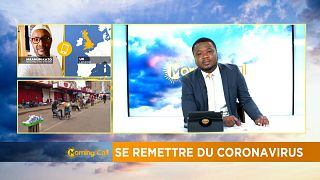 The recovery story of a COVID-19 patient [Morning Call]

The recovery story of a COVID-19 patient [Morning Call]