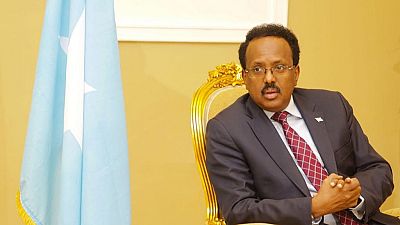 Somalia’s president is giving up his United States citizenship, his office announced on Thursday, a decision seen by some compatriots as an attempt to win support ahead of a run for a second term.

A statement posted on Twitter said President Mohamed Abdullahi Mohamed made the decision voluntarily, with lawyers involved, after he was elected two years ago and that the process is now complete.

It said Somalia’s constitution allows for dual citizenship. Many in Somalia’s diaspora have it after fleeing the country long gripped by conflict.

I am neither discouraged by our past, nor daunted by the enormity of the task ahead. I will continue serving my people honestly with the firm belief that real power rests with the people.

Mohamed lived for many years in the United States, working as a New York state transportation department official in Buffalo before being elected Somalia’s president in February 2017.

He is expected to run again in the 2021 election. He and other Somali officials with dual citizenship have faced accusations by some in the Horn of Africa nation that they lack complete loyalty to their country.

During his time in office, the U.S. has dramatically increased airstrikes against the Somali-based al-Shabab extremist group, re-established its diplomatic presence in Somalia and even presented Mohamed with a trucker cap that said “Make Somalia Great Again.”

“I am proud to serve my people and always believe in their potential to rebuild this nation,” the president tweeted on Thursday.

“I am neither discouraged by our past, nor daunted by the enormity of the task ahead. I will continue serving my people honestly with the firm belief that real power rests with the people.”