Boris Johnson's 'anti-Africa' past resurfaces: Twitter reacts to his election 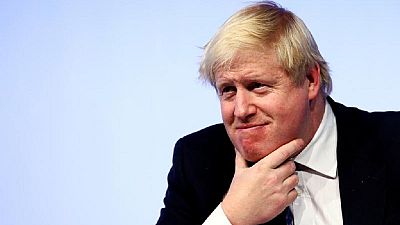 After weeks of waiting, most watchers will say, the obvious result of the race to become United Kingdom Prime Minister was confirmed with the election of Boris Johnson.

The former London Mayor and Foreign Secretary will succeed Theresa May as the U.K’s next Prime Minister. Johnson was on Tuesday (July 23) elected new Conservative leader in a ballot of party members.

But his election has generated some buzz on social media relative to his past pronouncements about Africa. Which situation brings into sharp contrast what his policy on Africa is likely to look like.

Before resigning his post as Foreign Secretary a little over a year ago, Boris visited Africa a number of times as leader of UK foreign policy, he visited The Gambia at the height of the Jammeh political crisis, he was in Ghana and also in Libya.

The immediate past PM, Theresa May, also did a lot of trips to the continent as part of Brexit negotiations. She embared on a tripartite trip in August 2018 – visiting Nigeria, Kenya and South Africa

Roll back to October 2016, the UK independent reported that Johnson had referred to Africa as a country during a speech at his party’s conference.

At the time, Johnson had been in office for only three months, and was speaking in reference to life expectancy on the continent, when he mistakenly made the reference of Africa being a country.

‘‘For all its difficulties, life expectancy in Africa has risen astonishingly as that country has entered the global economic system.

His announcement in July 2016 as the new Foreign Affairs chief raised eyebrows because of his controversial views about the continent prior to his entry into politics – especially during his time as a journalist.

He is widely reported to have defended the history of colonialism, saying that it would be best if African countries were still colonized, and has also used language to describe black people which many consider racist – for which he has apologised.

Some of his controversial quotes on Africa include the following:

Johnson, who has offended some allies with flippant remarks, told Conservative Party members that the

“There’s been a complete breakdown of government authority – Libya is not in a state of civil war – it would be more accurate to describe it as in a state of anarchy.

‘‘The Queen has come to love the Commonwealth, partly because it supplies her with regular cheering crowds of flag-waving piccaninnies.’‘ The Daily Telegraph, January 2002.

‘‘The best fate for Africa would be if the old colonial powers, or their citizens, scrambled once again in her direction; on the understanding that this time they will not be asked to feel guilty.’‘ The Sun, February 2002.

‘‘Hi people, it’s Boris Johnson here. I’m the first foreign secretary to have visited the Gambia for as long as anybody could remember and I’m here in Banjul, capital of the Gambia at a very exciting time.
‘‘Because there has just been a change of government and a new administration under President Barrow, they got rid of the guy who was really holding things up and they want to take the country forward.” Mocks Jammeh in February 2019 as he announced visit to The Gambia

Boris Johnson called commonwealth citizens piccaninnies, described women in burqas as bank robbers, called gay men tank-topped bumboys, and said that the problem with Africa is that Britain isn’t in charge anymore. He is a British Trump. #NotMyPM

Agreed. #BorisJohnson said that “the problem in Africa” is that Britain is not in charge anymore. #Trump called African nations “shithole countries.” https://t.co/ctRBuWU226

Some of Boris Johnson’s views about Africa countries and Africans.

Knowing my African people they’ll probably excuse it or accept it like they accepted Trump’s “Shithole countries” remark. https://t.co/p966oWVUBq pic.twitter.com/Kb561P1wbk

The Pan African Union expresses its ‘untold anger’ over the election of #BorisJohnson as UK PM.

He has said racist things before.

-In his 2002, Boris penned an article titled: “Africa is a mess, and suggested that it would be better off if it was colonised again. pic.twitter.com/OiftqZC0O5

Time to refresh ourselves with the though of the new UK PM Boris Johnson’s on Uganda. This is an article he penned for the Spectator magazine in 2016. Worth a read. https://t.co/S6xbOH0c5D

“The problem is not that we were once in charge, but that we are not in charge any more. the best fate for Africa would be if the old colonial powers, scrambled once again in her direction; on the understanding that this time they will not be asked to feel guilty.” #BorisJohnson

“I want to thank our outgoing leader Theresa May for her extraordinary service to this party and to this country. It was a a privilege.

It was a privilege to serve in her cabinet and to see the passion and determination that she brought to the many causes that are her legacy, from equal pay for men and women to tackling the problems of mental health and racial discrimination in the criminal justice system. Thank you Theresa. Thank you,” Johnson said.

Outgoing British Prime Minister, Theresa May congratulated Johnson, with a promise of her full support.