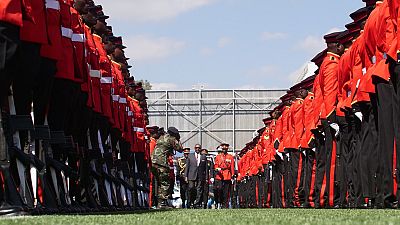 In Malawi, President Peter Mutharika’s government is still struggling to pacify the defeated and disappointed opposition supporters, nearly two months after Malawians took to the polls in the country’s tripartite elections.

Mutharika’s re-election has been challenged by opposition political parties and non-governmental organisations, in court and through street protests.

In this article, we’ll track 10 key events that have followed the announcement of poll results by the Malawi Electoral Commission (MEC).

Mutharika was on Monday 27 May 2019 declared winner of the presidential election, having garnered 38.67% of the votes cast.

Even before the results had been announced, opposition supporters had participated in demonstrations, protesting reported irregularities in the electoral process.

‘‘MEC’s decision to declare Mutharika as winner goes against the will of the people of Malawi. I reject these results,’‘ Chakwera said.

MCP’s Director for Youth, Richard Chimwendo,told local media that the party’s supporters would take to the streets to demonstrate against electoral fraud.

MCP also pursued a legal challenge to the poll outcome, saying there must be consequences for flouting electoral guidelines.

‘‘It’s an electoral system in which officers of the electoral commission can use Tipp-Ex (correction fluid) on results sheets from all over the country… and yet there are no consequences,’‘ Chakwera said.

The Constitutional Court has since ruled that the election dispute must go to trial after the case was referred to it by a lower court.

Mutharika was nevertheless sworn-in and inaugurated on 31 May 2019, using the occasion to call for unity.

Opposition leader Chakwera took up his parliamentary seat, despite the party’s position on the legality of election results.

The Nation newspaper said Chakwera “took his oath of allegiance and office … amid cheers from scores of party supporters who accompanied him.”

Parliament then made history on Wednesday 19 June, 2019, when it elected the country’s first female speaker, Catherine Gotani Hara.

Mutharika was heckled and snubbed by MCP members in parliament as he delivered the State of the Nation Address on Friday 21 May, 2019.

Mutharika who then addressed legislators from his party along with a few independents, accused the opposition of trying to sabotage the economy and engage mercenaries to spread chaos.

Saying the economy would grow by 5% in 2019, Mutharika promised to continue with efforts to keep inflation and interest rates low, and comply with policy conditions on a $112 million International Monetary Fund loan.

Addressing a rally to mark the country’s 55th anniversary of independence on Saturday July 6, 2019, Mutharika said ongoing protests were “calculated to turn Malawi into a lawless state”.

The nationwide protests have been organised by a non-profit grouping, the Human Rights Defenders Coalition, which has rejected allegations of trying to topple the government.

Police on Sunday said nearly 70 people have been arrested after “criminal acts”, including looting and the stoning of cars and buildings during demonstrations on Thursday.

“So far we have arrested 68 suspects strongly connected to the looting and injuring of police officers,” police said in a statement.

Protest organisers are defiant and have vowed to go back to the streets calling for the electoral commission chief Jane Ansah, to resign.

Mutharika’s government was tacitly endorsed by the United States, when its Secretary of State, Michael Pompeo congratulated the country for organising ‘successful’ elections.