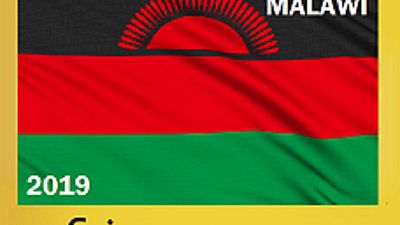 Malawi’s 2019 general elections ended with the contested victory of president Peter Mutharika, who now has a mandate to serve his second and final term.

READ MORE: Everything you need to know about Malawi’s tripartite 2019 election

The three-month long campaign was dominated by economic issues, the fight against corruption and protecting albinos among others.

While Mutharika claimed to have fixed the economy, arguing for stability, the opposition insisted he was presiding over a corrupt government and had not done enough to create employment opportunities, especially for the youth.

On May 21, 74% of the 6,859,570 registered voters cast their votes in what was largely an incident-free polling day. The vice-president Chilima however had to wait at least 40 minutes before he could vote, because his name had been transferred from his official polling station.

While campaign and voting were largely peaceful, Malawi’s Electoral Commission (MEC) ran into some trouble during the tallying process.

Opposition parties accused the ruling Democratic Progressive Party (DPP) of colluding with MEC to rig the election. Chakwera’s Malawi Congress Party (MCP) successfully filed an injunction stopping the declaration of results, citing irregularities including including results sheets with sections blotted out or altered with correction fluid.

Two days later, court lifted the injunction, allowing MEC to declare the results which showed that Mutharika had won the presidential election with 38.57% of votes cast, while Chakwera scored 35.41% and Chilima came third with 20.24%.

Mutharika has since been sworn-in and called for national unity, while the opposition’s Chakwera has vowed to continue petitioning the courts to annul the results.

The 78-year-old president now has the task to deliver on his campaign pledges of clean governance and economic revival.