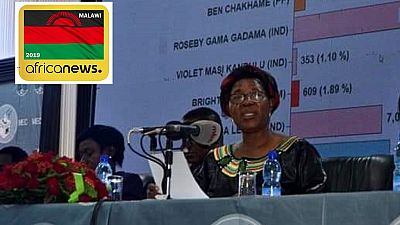 The aftermath of Malawi’s three-tier May 21 election continues to generate reactions from the courts through to the streets.

The main issue as at last Saturday was a Lilongwe High Court injunction slapped on the progressive release of presidential poll results by the Malawi Election Commission, MEC.

MEC has stressed that it was going to strictly abide by the position of the courts given the close nature of the polls. The court is due to rule on whether votes from 10 districts need to be recounted.

The privately-owned Nation Online newspaper have reported the arrest of 34 people in relation to political violence over the weekend, specifically in the central region districts.

Inspector General of Police Rodney Jose, the report added, had cautioned all officers to be vigilant in curbing such kind of violence and any officer found to be neglecting his or her job will be disciplined.

Meanwhile, Deputy IG, Duncan Mwapasa has confirmed that Police have arrested 31 people at Nsundwe, one ring leader at Mponera and two people in Area 23 in Lilongwe for hacking political opponents.#MalawiDecides2019 #MalawElections2019

Meanwhile, a second court action has been instituted against the presidential polls with a petition seeking that the entire process be nullified.

“These serious irregularities have, in fact, worsened and, in the process, the credibility and integrity of these elections have been significantly compromised,” Chilima told a news conference last week.

At the time the result collation was halted: 75% of results were officially declared with incumbent president Peter Mutharika leading with 40.9%. His closest challenger Lazarus Chakwera of the MCP had 35.44% while VP Chilima managed 18%. 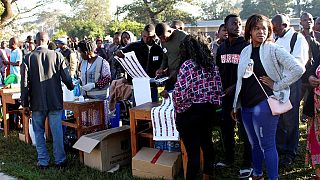