The ruling Democratic People’s Party, DPP, nominated Mcheka Chilenje, who is currently serving as Member of Parliament, MP, for the Nsanje North constituency.

190 MPs participated in the process to elect the next speaker and two deputies. As in other countries, the speaker must him / herself be a member of the house to take the post.

Speaker Gotani Hari replaces Karonga Nyungwe Richard Msowoya who also belonged to the main opposition Malawi Congress Party, MCP, where he was at the time its vice president.

The defeated Chilenje Nkhoma, back in 2014 was elected unopposed as first deputy speaker, a seat she held between 2004 and 2009. Political watchers projected a victory for her due to her history of legislative experience.

She will join a growing league of women leading legislatures across Africa. Amongst others, South Africa, The Gambia and the Democratic Republic of Congo are examples.

Hon Catherine Gotani Hara is new Speaker of Parliament of Malawi. She wins with 97 votes against 93 for Hon Esther Mcheka Chilenje.#SpeakerElection2019 pic.twitter.com/A5A5o16oPi 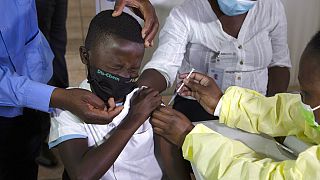