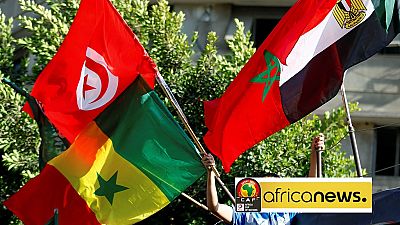 The first round of group games at the ongoing African Cup of Nations, AFCON; in Egypt ended on Tuesday June 25 with the game between Ghana and Benin which ended in a two – all draw.

The first game saw Egypt beat Zimbabwe by a lone goal after an elaborate opening ceremony at the Cairo International Stadium. The only goal of the game was scored by Mohammed Trezeguet in the second half.

Since June 21, a dozen games have been played with breathtaking goals, heartbreaks, shock results and of course the many fans in the stands colourfully cheering their teams on.

Our rolling online AFCON coverage continues and our weekday AFCON show on TV is also available. This article breaks down the critical figures by way of points and goals from the different groups.

Facts after round 1 of group games

The stakes on Match Day 2 for groups

In Group A, Uganda and Egypt could secure qualification to the next round with victories later today. DRC and Zimbabwe will be facing possible exit if they record losses.

The big game in Group B is when two-time champions Nigeria come up against Guinea. The battle of the debutants is also keenly awaited as Madagascar battle Burundi.

The topliner in Group C is Senegal coming up against Algeria. Both sides won their opening games by two-goal margin and did not concede. The all East Africa clash between Kenya and Tanzania will make for good watching also.

Morocco’s clash with Ivory Coast is a reuniting of old foes. The north Africans eliminated the Ivorians from World Cup qualifications. Both sides with opening day wins will look to secure qualification with a second straight win.

In the other Group D match, it’s an all southern Africa affair with South Africa playing Namibia.

In Group E, Mali, the only team to bag more than two goals will face Tunisia with the north Africans needing to win after a draw with Angola on the opening day.

Angola meanwhile will play debutants Mauritania in the other game on Match Day 2.

Finally in Group F, Cameroon versus Ghana will be the top liner after the champions secured a victory on Day 1. For their part, Ghana needs a good result after an opening day draw against Guinea-Bissau.

The other game is an all West Africa Affair between Benin’s Squirrels and the Djurtus of Guinea-Bissau.

What do you predict for round 2? ? #TotalAFCON2019 pic.twitter.com/W5jQq8M6ac