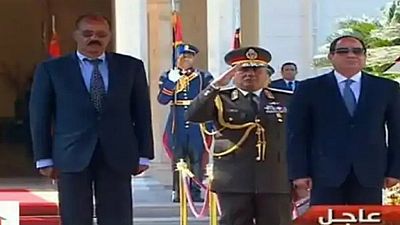 “President Isaias and his entourage are scheduled to meet President El- Sisi and other senior officials to discuss bilateral ties; latest developments on the African continent; and other issues of mutual interest,” the Minister said in a tweet.

The Egyptian presidency spokesman is quoted by Egypt Today as having confirmed that the two leaders had met at the Al-Ittihadya Palace.

President Isaias Afwerki departed to Cairo for a two-day visit to Egypt. President Isaias & his entourage are scheduled to meet President El- Sisi & other senior officials to discuss bilateral ties; latest developments on the African continent; &, other issues of mutual interest. pic.twitter.com/vg7Z4eTv8T

The last time that two leaders met was in January 2018 when Afwerki flew to Cairo and held talks with Al-Sisi. At the time, the two leaders discussed Nile tensions and issues of security.

The point about “latest developments on the African continent,” according to security analysts is likely with respect to the crisis in next door Sudan.

Al Sisi is the current African Union president which during the week suspended Sudan over violence targeted at unarmed protesters and failure to establish a civilian transition after the ouster of President Omar al-Bashir.

Eritrea had before the suspension slammed the AU of being weak and complicit in the manner in which developments were happening in Sudan.

Asmara has in the past sent a delegation led by Foreign Minister Osman Saleh. Whiles in Khartoum, they met with leaders of the Transitional Military Council, TMC, and leadership of the protest leaders – Forces for Freedom and Change, FCC. 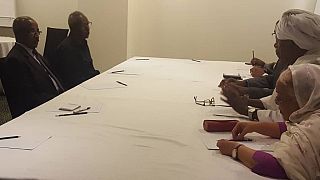 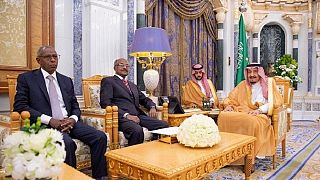 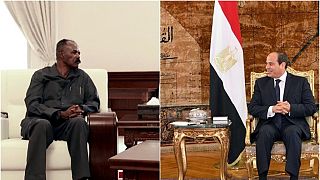