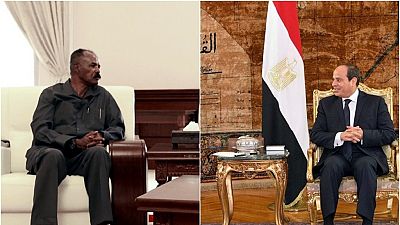 Egypt’s president Abdel Fatah al-Sisi on Tuesday welcomed his Eritrean Counterpart Isaias Afwerki at the presidential palace in Cairo, where the latter is visiting the country to discuss bilateral relations.

Meeting for the third time in Cairo, both leaders are scheduled to hold a close meeting together at the Ittihadiya Palace to talk developments in the Nile Basin countries and the Horn of Africa region.

The strained relations between Sudan and Egypt come as a result of Sudan’s claims that Egypt proposed to exclude Sudan from the dam talks.

There is also a dispute over the sovereignty of the Halayeb triangle, which Sudan has now referred to the United Nations for arbitration.

However, Egyptian Foreign Minister Sameh Shoukry on January 8 stressed that Egypt did not ask Ethiopia to exclude Sudan from the negotiations on the Grand Ethiopian Renaissance Dam.

Egypt has also refuted allegations that it has deployed troops and weapons in Eritrea, with the intention of building a military base on Eritrea’s Dahlak island.