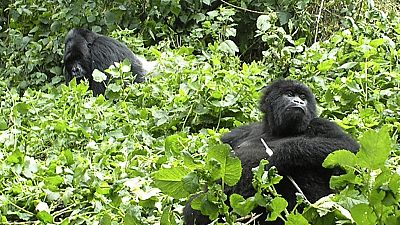 Uganda’s Bwindi Impenetrable Forest, Kenya’s Samburu national reserve and Morocco’s Mount Toubkal have been named among the 25 most beautiful places in the world, according to a survey done by CNN Travel.

The list of ‘breathtakingly beautiful’ places was complied by the American media channel, in commemoration of Earth Day, and shared to tip travellers on which places they could visit this year.

This is what was said about the African destinations on the list.

Dense, lush and otherworldly, Bwindi Impenetrable Forest is one of the last redoubts of the mountain gorilla. Over 400 call this UNESCO-protected national park home, with the chance for visitors to trek to and meet habituated groups. Its biodiversity extends far beyond its most famous inhabitants, however; 348 bird species and 220 butterfly species can be found within its 331-square-kilometer expanse.

Thanks to its relative inaccessibility, Samburu, in the heart of Kenya, is a haven for some of Africa’s most beguiling wildlife. The grassland and acacia-dotted landscapes of its national reserve are home to the endangered reticulated giraffe and Grevy’s zebra, as well as the pioneering Elephant Watch Camp, run by conservationist Saba Douglas-Hamilton.

At 4,167 meters, Mount Toubkal lays claim to the title of “the roof of North Africa.” The path to its summit zigzags across empty valleys, past holy shrines and up steep snowfields before emerging onto a ridge that falls away to give climbers unrivaled views across the Atlas Mountains. It’s a peaceful world away from the buzz of nearby Marrakech.

Kata Tjuta in Australia, The Maldives, Petra in Jordan and the Atacama Desert in Chile are also included on the list.

The other destinations include;