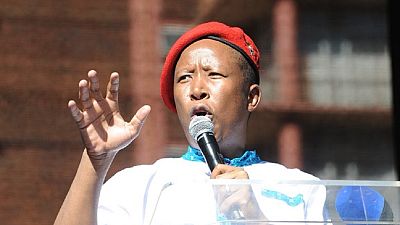 “Stop Xenophobia! There is no foreigner that took your jobs. If you fail in business, do not blame other people,” Malema told a crowd during an electioneering campaign stop in the Free State province over the weekend.

His call follows on the heels of an outright condemnation of the attacks by President Cyril Ramaphosa late last week. In addressing a meeting, the president said it was unacceptable that other nationals will be targeted in a country as South Africa.

He traced the impact that all Africans had in standing up with South Africa during apartheid and stressed that the wider society had always stood up against xenophobia and will continue to do so, ‘this is not us,’ he said.

Government through the Foreign Affairs Minister, Lindiwe Sisulu, also slammed the attacks. She held meetings with ambassadors of affected nationals over the weekend.

Nkosazana Dlamini-Zuma, the former African Union, AU, chairperson and a minister of state also added her voice to government calls for the attacks to be halted.

The privately-owned IOL news portal reported that attacks on foreigners started after midnight on Sunday. “They began at Kenville Informal Settlement and spread to Sea Cow Lake and Burnwood. Locals were allegedly angry that foreigners were taking their jobs,” the report said.

The president during his condemnation also spoke about the fact that most Africans living in the country were legal residents who respected the laws and people of South Africa.

In years past, African nationals have been targeted and attacked most of them to death. Their businesses have been looted and properties burnt down in some instances.