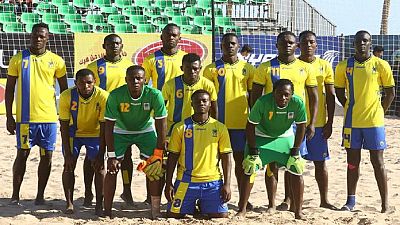 Tanzania’s national team players were on Monday rewarded with plots of land after they defeated the Uganda Cranes on Sunday (3-0) to qualify for the African Cup of Nations (AFCON 2019).

President John Pombe Magufuli, who hosted the victorious Taifa Stars to a luncheon, urged the team to do even better in June, when they take on the finest teams from the continent in Egypt.

‘‘I believe our players can put up a better show in Cairo, and go one place better by winning the title,’‘ Magufuli said.

‘‘For the good work you have done to bring honour to Tanzania by qualifying fir Afcon finals in Egypt, each player will get a parcel of land in Dodoma.’‘

Tanzanians were particularly happy with the local Citizen newspaper described as ‘disciplined, skillful and entertaining display’ against Uganda on Sunday.

Uganda, which had already qualified from the group ahead of the Tanzania clash, had been warned by its president Yoweri Museveni, not to lose against the Taifa Stars.

Tanzania’s qualification to the showpiece in Egypt is the first time for the team in 39 years.