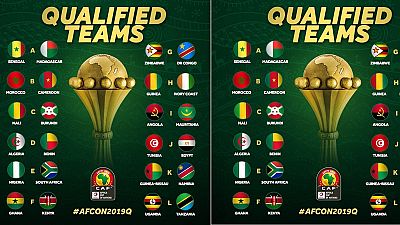 The expanded African Cup of Nations that will feature 24 teams for the first time, take place in June/July rather than the traditional January window and will have three teams taking part for the first time ever.

Burundi on Saturday joined Madagascar and Mauritania as countries going to the finals (AFCON 2019) for the first time.

South Africa booked the last place at the African Cup of Nations finals with a 2-1 away win over Libya thanks to Percy Tau’s double on Sunday.

The 24 participants in the 2019 Africa Cup of Nations are finally revealed, did your country qualify to the 32nd edition? #TotalAFCON2019 pic.twitter.com/9dLxprwkQF